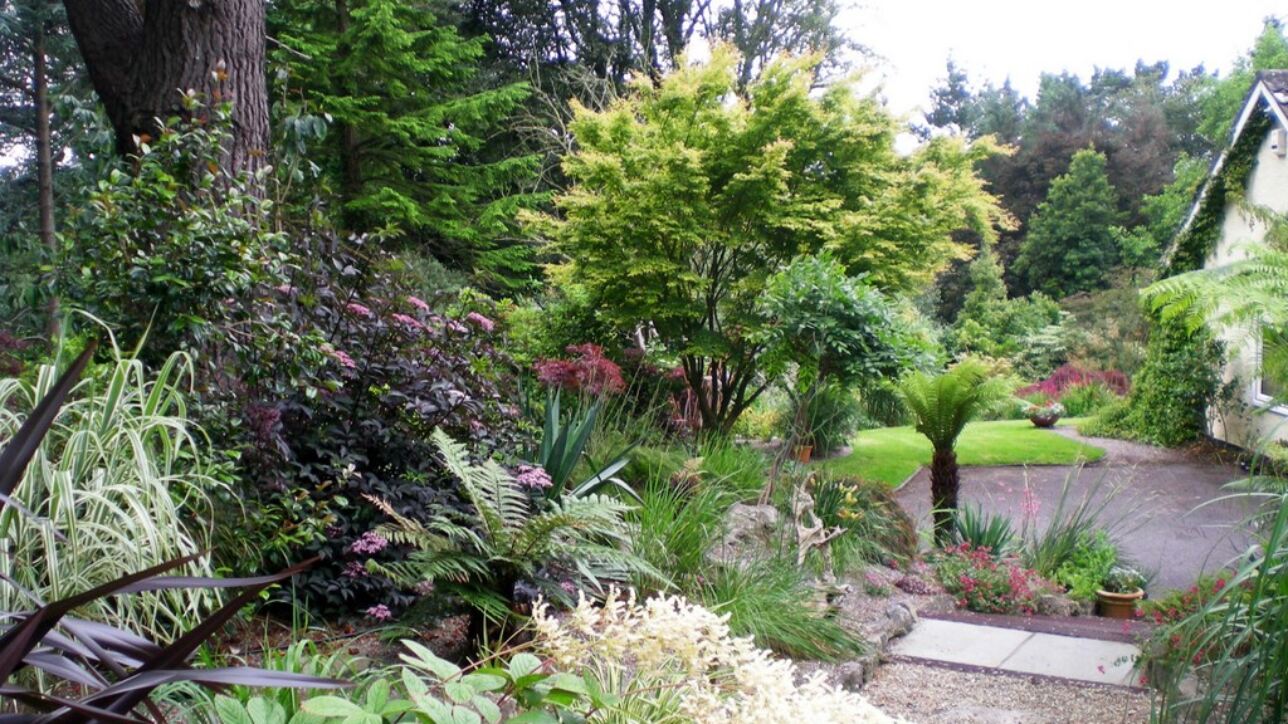 This mature 4 acre garden has won the top national award in Ireland twice. A large gentle sloping Plantsman’s Garden, featuring Beach, Pines, Rhododendrons, Azaleas, Magnolias, woodland plants and exotic grass. Two ponds surrounded by a large rockery and waterfall, Scree beds and many gravel areas and a newly planted gravel bed in the old orchard. Many Australian and South African plants flourish in this garden. Hillside has featured in many books and various Television programs, such as Irelands number one network RTE. A real Plantsman’s garden.

A remarkable sprawling garden as quoted my Jane Powers, a leading news correspondent for the Irish Times.

It is enviably situated on a gentle south facing slope, enclosed by woodlands with a view overlooking Cork Harbour and the Lee Estuary. Sprawling over two acres combining centuries of old age trees, Pine, Beach and Larch with an under story of hazel and holly, and a haze of blue bells in the spring. Planted with Rhododendrons, Azaleas, and Camellias for early colour and hydrangeas for later in a mixed boarder including Betula Jacquemontii.

With the woods dictating the shape and feel of the garden, as well as serving as a pleasing backdrop, an immense beach for instance, sits in the middle of a contoured. Here are Pittospourm, Rhododendrons and Azaleas. Small gravel paths are lined with shade lovers, such as Hellebores, Ferns and Hostas.